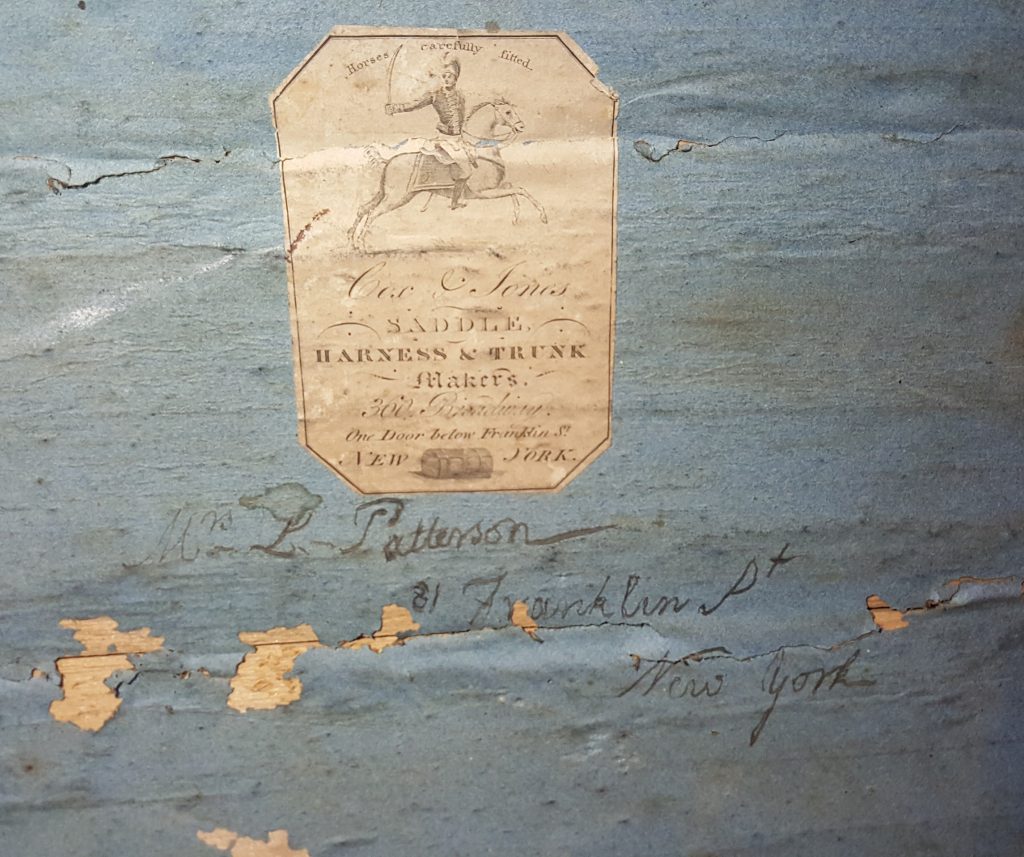 A piece of Randolph history has returned to Tuckahoe! A kind donor gifted us Lucinda Patterson Randolph’s traveling trunk. Lucinda was the second wife to Thomas Mann Randolph III. They’re meeting is quite an interesting tale: one day, Thomas was reclining on the bed, sick with fever and dehydration. Suddenly, an apparition of a beautiful woman appeared from one of the cupboards, carrying a glass of water. The woman gave Thomas the water, soothing his fever and easing him into sleep. When he awoke, Thomas swore if he ever met the women again, he’d marry her. A few years later at a party in New Jersey, Thomas’ eyes gravitated towards Lucinda Patterson, the woman from his apparition. He immediately went to her and asked for her hand in marriage; she said yes! Lucinda is buried in the Randolph Cemetery at Tuckahoe Plantation. We’re thrilled and thankful that such a historic artifact has returned home. 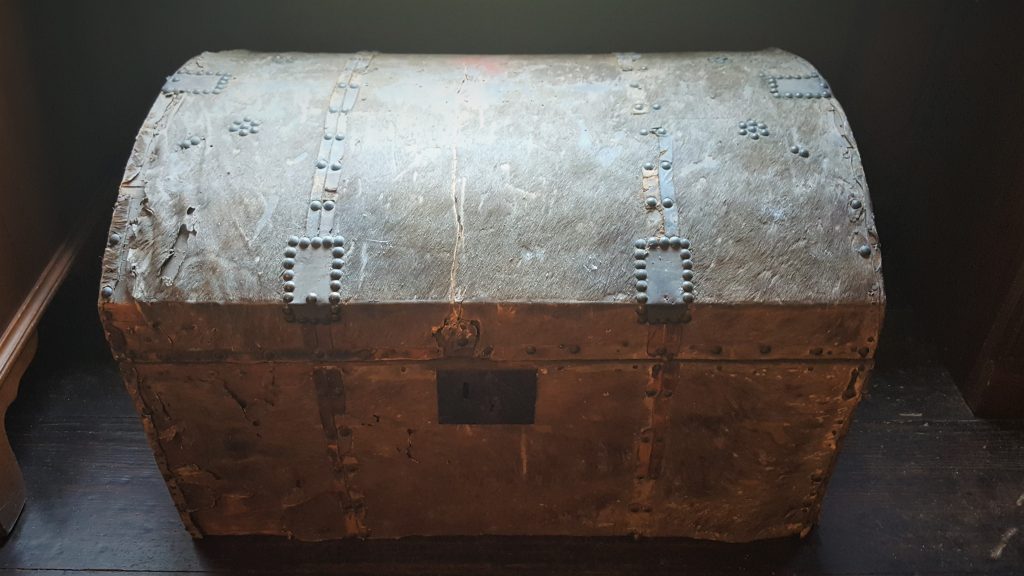