Earlier this month, Tuckahoe Plantation was thrilled to host the cast and crew of AMC’s new series, “TURN,” as the filmed scenes for an upcoming episode on our grounds. The Revolutionary War spy thriller starring Jamie Bell (Abraham Woodhull) will premiere on Sunday, April 6 at 9pm ET on AMC.
Based on remarkable new research in the book Washington’s Spies, by Alexander Rose, “TURN” follows Abraham Woodhull, a farmer living behind enemy lines in British-occupied Long Island, who bands together with childhood friends to form the Culper Ring: an unlikely team of secret agents who help George Washington turn the tide of the Revolutionary war in favor of the Rebels. Their daring efforts revolutionized the art of espionage.
The amount of specialized employees brought to Tuckaohe to film had us very impressed! From the location scouts to lighting, from ‘greens’ guys to heavy equipment operators; here is a peak behind the scenes. 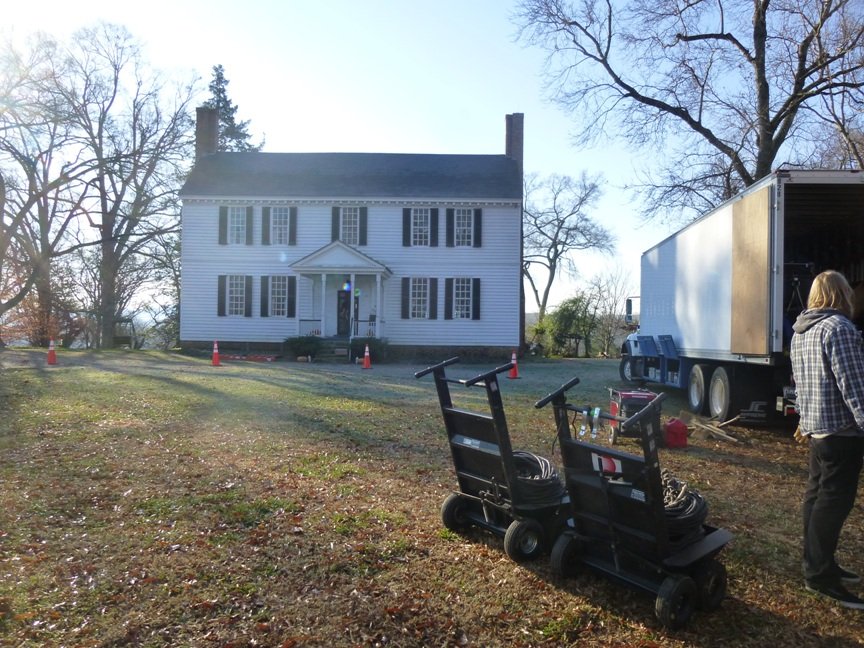 The day before filming is a set-up day in which sets are constructed and dressed, heavy electric chords are run to the pre-decided filming locations, and Tuckhaoe staff prepares for a full day of filming to follow. 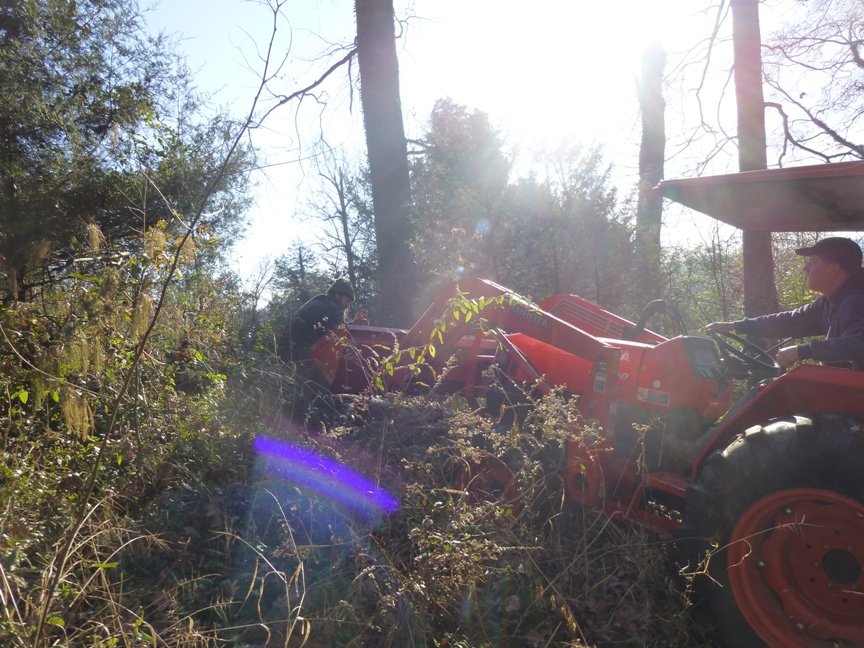 Our farm manager, Brad Collins, had the chance to use our tractor to help with dressing an outdoor set. 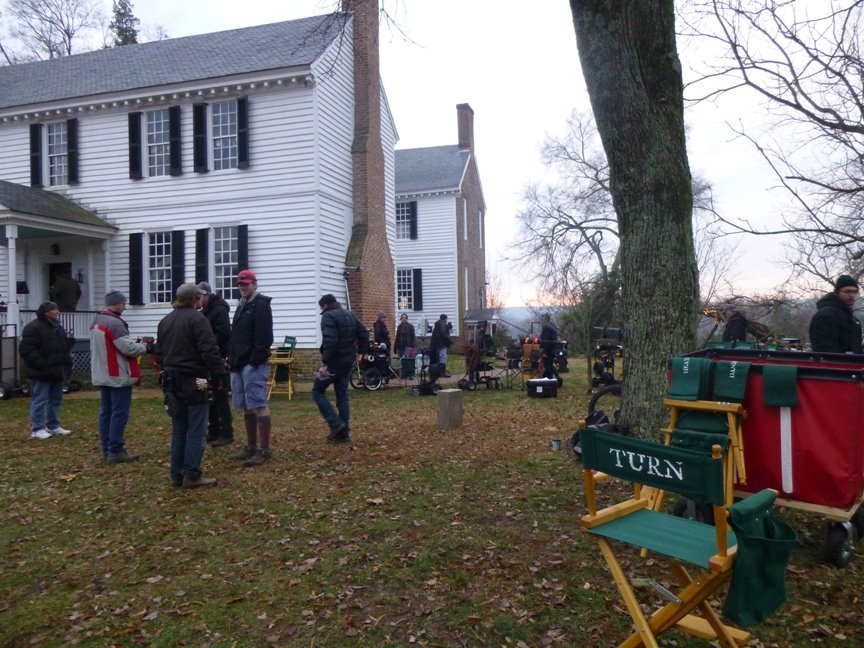 The day of the filming starts early! Here you see the crew assembling after breakfast (6:00am!). They are located just to the west of the Tuckahoe house, where their chords were run the previous day. Filming from at location will be focused on the front lawn. 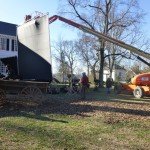 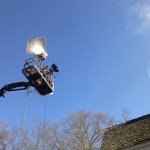 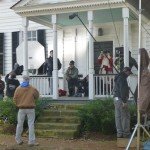 Lighting seems to be a crucial element to the filming process. A black silk by the front door of the Tuckahoe house dulls the naturally bright morning light. In-between filming locations a huge condor is maneuvered to shine light at just the right angle.

Tuckahoe’s staff has had fun being involved in the filming process and helping where we can. We are all looking forward to tuning into “TURN” on April 6th!